What do you think holds you back in life? Is it a lack of skill or ability?  More often than not, it is a limiting belief.  In this article, I’m going to cover how to identify and change limiting beliefs, so that you can move forward with your life.

Limiting beliefs often develop in childhood.  They suited us then, but as we become adults, these beliefs start to get in our way and hamper our progress.  This is why it is so important to learn how to change limiting beliefs that now hold you back.

In this article, I cover a 9-step process to help you change limiting beliefs in all areas of life.  This is a very easy and structured process that you can apply to any belief that you feel limits you in some way.

Watch the Video Below:

Listen to the Podcast

Beliefs are psychological rules that influence our thoughts and filter our experience of reality. We filter information by deleting, distorting, and generalizing things about our experience.

Beliefs are assumptions about ourselves and other people. They are also our expectations of how the world should be. They help us understand and make sense of the world by providing meaning and certainty.

Beliefs are our interpretation of the things we see, feel, hear, taste, or smell. They are not facts, so they are not true or false. However, they can be mistaken as facts if deeply rooted. Beliefs are conclusions drawn from life experiences, especially those from childhood and younger years.

As we become adults, our life changes, but many of our beliefs don’t change. They start to get in our way. These past beliefs can create limitations on what you believe you can do right now.

How Are Beliefs Created?

Beliefs are created and then ingrained due to repeated situations or events. At first, they are just thoughts. They are based on facts, evidence, reference experiences, or other people.

Over time, thoughts become opinions. You keep thinking about them repetitively and keep taking the same action.

Opinions then turn into beliefs. Beliefs are stronger, more stable, and more robust than opinions.

Beliefs can then turn into convictions. They become so ingrained that they can’t be changed even if all the evidence is to the contrary.

A Baby Elephant and a Flee

I’m now going to give you two examples of how a belief created earlier in life becomes less useful later on.

In India, baby elephants are tied to stumps of trees by ropes. The baby elephant realizes it’s bound to the tree. It can’t move much, so it doesn’t. Then the baby elephant grows. This grown elephant has the strength to take the tree stump down easily. Or break the rope. But it doesn’t because it believes it can’t.

Another example is the flea experiment. A flea is put in a jar with the lid off. Naturally, it jumps out of the jar. It is put back into the jar, but this time, with the lid on. The flea jumps and hits the top. That hurts, so it jolts back down. Over time, it starts jumping less high because it doesn’t want the pain of hitting the lid.

When the lid is taken off, the flea keeps jumping but not quite to the top of the jar. It associates pain with jumping higher. So, it jumps to the height where it feels comfortable. The flea can jump out of that jar anytime and become free. But it won’t because it doesn’t believe it can.

In both examples, the belief created was useful at first. And it was supported by relevant evidence. There were also some emotions involved, especially in the case of the flea. Hitting the top of the lid was an uncomfortable feeling. So, to break a limiting belief, the first step is to get rid of any emotions.

Imagine a negative belief is like a tabletop. Its legs represent experiences and evidence that back up that belief. The superglue holding those table legs to the tabletop represents the emotions. So to change limiting beliefs, you need to remove the emotional superglue. Then knock out the legs (the evidence that formed the belief). The table will then fall over.

Now, I’m going to cover my 9-step process to help you change a limiting belief.

The limiting belief could be an “I am” statement. For example,

It could also be about the world in general. For example,

Remember, these beliefs are not true or false. They’re just helpful or unhelpful.

Create a list of what is helpful and not helpful about this belief. Then decide if that belief helps you or is more of a hindrance to your life.

Let’s use exercising as an example. I’m bad at working out and keeping fit.

What is helpful about this belief?

What is unhelpful about this belief?

Based on the above evidence, decide whether that belief is worth changing or not.

3. Identify the Core Belief Behind It

Behind every belief, there is a fundamental core belief. Here are the main core beliefs.

Here are some examples of new empowering beliefs that also incorporate a new positive core belief.

5. Identify The Emotional and Other Payoffs

Let’s take the belief I can’t make more money and become rich, as an example. The emotional benefits or payoffs could be:

I Can’t Talk to the Opposite Sex

What about the limiting belief I can’t talk to the opposite sex? Some of the emotional payoffs could be:

For the example of being bad at exercise and fitness, some of the emotional benefits could be:

6. Decide If the Emotional Payoff Is Still Worth It

Look at the emotional payoffs that you’ve identified in step 5. Decide whether the limiting belief is worth keeping. If it is, that’s fine. You can stay with that belief.

But if you decide that it’s not, then it’s time to change that belief right now. The act of deciding will start to dissolve that emotional superglue that’s keeping the limiting belief in place.

Remember, a belief is our best interpretation based on the evidence we had at the time. But things change. So it’s time to look at the evidence and interpret it in a new way.

Play devil’s advocate! Go and find a different meaning to the existing evidence.

Here are some reframes for the money example.

You can see how I’m reframing the existing evidence here and giving it a new meaning.

Let’s reframe the evidence around a limiting belief of exercise.

You have to find new evidence to prove that the old evidence and old beliefs are wrong. You have to knock out those table legs that are behind the limiting belief. Go hunting for new proof and new evidence. Google it, read books, articles, find information that supports that new belief. They’re going to be new legs for the table of your new belief.

Let’s take the example of I can earn as much as I want to. New evidence could be:

In the exercise example, my new belief is exercise is a skill that I can get good at, enjoy, and reap the health benefits. New evidence to support that belief could include:

The final step to change limiting beliefs involves using affirmations correctly. If the affirmation is not believable, you’re going to get a conflict. So it’s good to use stepping-stone affirmations. Let me give you an example.

Let’s say that you want to change the belief that you don’t deserve success. You decide to replace this with I deserve to be successful. You keep saying this to yourself over and over again. But something happens that you didn’t expect. You experienced some emotional resistance. Why? Because the affirmation was not believable. It was too much the opposite of the old belief.

The solution is to use stepping-stone affirmations. For example, I want to feel that I deserve to become a good mom, dad, tennis player, or whatever you want. Or, when I do my best, the success that I feel I deserve is on its way. I am putting it under my control.

Once you say those affirmations often enough, you get to a point where you can say, I deserve to be successful. You feel that congruently in your body.

Let’s go back to my exercise example. Stepping-stone affirmations could be, every day, I get a little bit better with my exercise routine. Or, the more I exercise, the more I notice improvements to my health.

The inspiration and much of the information for this article came from a great YouTube video on Changing Beliefs by Teal Swan. Feel free to watch this video here.

If you enjoyed reading this article and found it useful, then please share it with other people or on social media. If you have a comment or question, please post this below. I would love to hear what you think. Also, please click on the stars below to rate this post.

Have you ever wondered what the most successful people do? The ones that are truly happy, fulfilled, and prosperous? Well, I reveal this in my 10 Strategies for Your Success eBook. It’s a great read and as a treat for reading this article, it’s yours for free!

Just click the button below and I’ll send this eBook to you right away.

Thank you for reading this article.  I hope you are having a wonderful day!

Some of the links in this article or on other parts of this website are "affiliate links", a link with a special tracking code. This means if you click on an affiliate link and purchase the item, we will receive an affiliate commission. The price of the item is the same whether it is an affiliate link or not. Regardless, we only recommend products or services we have personally used and benefited from or that we believe will add value to our readers. By using the affiliate links, you are helping support our Website, and we genuinely appreciate your support.
https://selfhelpforlife.com/wp-content/uploads/2019/10/Change-Limiting-Beliefs-self-help-for-life.jpg 450 1200 Paul Thomas https://selfhelpforlife.com/wp-content/uploads/2017/08/Self-Help-Logo-white-BG-blue-095da1-.png Paul Thomas2019-10-30 07:54:152021-08-11 19:26:06How to Permanently Change Limiting Beliefs
2 replies

Want to join the discussion?
Feel free to contribute! 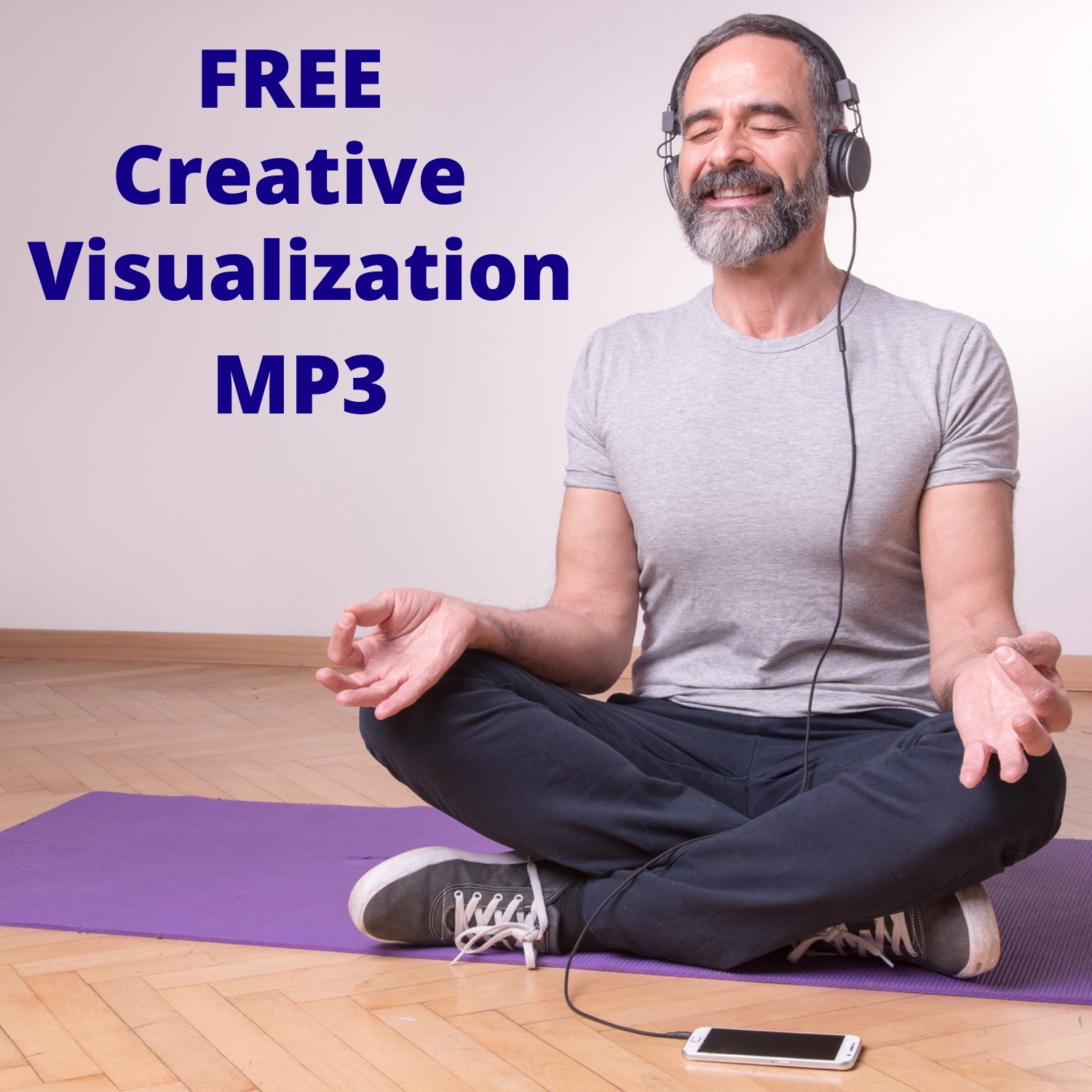 The Top 7 Things that Anxious People Do

How to Change Your Life in 100 Days
Scroll to top
We use cookies to ensure that we give you the best experience on our website. By continuing to browse on this site, you are agreeing to our use of cookies. Close